Sara of the Palm Beaches serves beautiful Florida and we specialize in these areas: 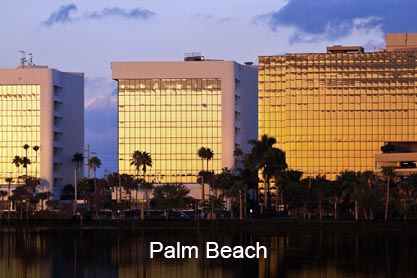 Palm Beach County is the third most populous county in the state of Florida with a population of 1,345,652 (year round).

Located in Southeast Florida, the 2,000-square-mile region is the largest county southeast of the Mississippi River and is larger than two U.S. states- Rhode Island and Delaware.

Palm Beach County has more golf courses than any other county in the country with more than 160 public and private golf courses – from executive to championship level – designed by the best names in the industry, and with something for golfers of every skill level.

Palm Beach County consists of 38 cities and towns.
The center of the county is approximately 60 miles north of Miami and 150 miles southeast of Orlando.

The Atlantic Ocean touches the eastern half of the county with coastal and beach areas ranging for 47 miles from north to south.

The Northwest part of the county includes Lake Okeechobee, the second largest freshwater lake in the United States.

Palm Beach County contains more 1,000,000 square feet of meeting space and 16,000 rooms in more than 200 hotels – 18 with more than 5,000 square feet of space each.
Western Palm Beach County leads the nation in the production of sugar and sweet corn.
Eighteen percent of all sugar in the United States is produced here. Sugar cane covers some 400,000 acres or about one-third of the county’s overall land mass.

Palm Beach County is home to more than 200 theaters, museums, arts centers, indoor and outdoor performance stages, and other cultural venues and is considered among the world’s most celebrated cultural destinations.

In addition to its pristine beaches, Palm Beach County has 125 waterways perfectly suited for kayaking, boating, paddleboarding and every other imaginable water sport; Direct access to The Florida Everglades and its unique exploration via airboat tours and the best bass fishing in the 730 square miles of Lake Okeechobee.

Palm Beach International Airport was voted the third best airport in the U.S. and sixth best in the world by Conde Nast Traveler readers. CheapFlights.com also recognized the airport on the 2011 list of “Top 101 Affordable U.S. Airports.”

The Port of Palm Beach is the 4th busiest container port of Florida’s 15 deep water ports, and it is the 20th busiest container port in the United States. It is also the only South Florida port with on-dock rail. Five miles of port-owned track that is directly linked to the Florida East Coast Rail Company (FEC) and switches to the CSX and NFS.
As the Winter Equestrian Capital of the World, the Winter Equestrian Festival in Wellington takes place every January through April, while the International Polo Club Palm Beach features high-goal competitions through the January-April. 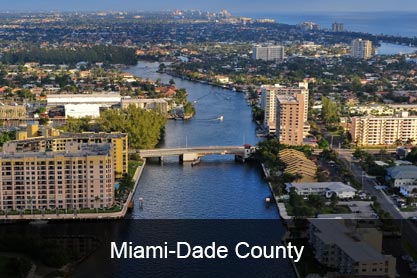 Miami-Dade County is a community of 2.5 million residents in 35 municipalities with 104 spoken languages.
Miami-Dade County provides a superior infrastructure and strategic location for trade with Latin America and the Caribbean. Miami is geographically situated between North
and South America making it the cargo gateway of the Americas and well situated for
increased trade from Europe, Asia, and Africa.

Miami-Dade County consistently ranks among the top 12 customs districts in the United
States and a top destination for international travelers.

Miami-Dade County is home to over 70 foreign consulates and trade offices and 1,100
plus multinational corporations operate here.

The Port of Miami is Florida’s #1 deep-water cargo container port doing business with
250 ports in 100 countries.

The Port of Miami is the Cruise Capital of the World and is home to 7 cruise lines with 22
cruise ships.

Greater Miami and the beaches is one of the world’s most popular destinations
generating billions to the local economy.

Greater Miami area beaches have been recognized as top picks for recreation and are
among the best beaches in the world.

The Adrienne Arsht Center for the Performing Arts of Miami-Dade County serves as a
showcase and laboratory for emerging and developing cultural arts programs. 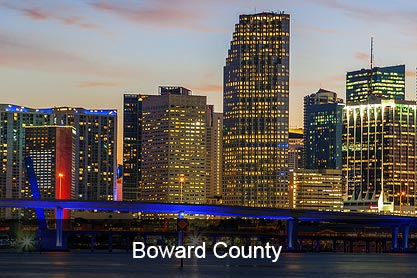 At the center of the largest metropolitan statistical area in the Southeast, Greater Fort Lauderdale/Broward County has everything a business needs to succeed. Whether you’re looking for the best and brightest employees, a location with easy access to major international markets, world-class educational opportunities for your employees, business friendly government, or an outstanding lifestyle second to none, Greater Fort Lauderdale should be at the top of your list for your next relocation or expansion project. Here are just a few of the reasons to locate in Greater Fort Lauderdale:

All data is deemed reliable but is not guaranteed accurate by Sara Sibson. See Terms of Service for additional restrictions.

All information regarding a property for sale, rental, taxes or financing is from sources deemed reliable. No representation is made as to the accuracy thereof, and such information is subject to errors, omission, change of price, rental, commission, prior sale, lease or financing, or withdrawal without notice. All square footage and dimensions are approximate. Exact dimensions can be obtained by retaining the services of a professional architect or engineer.

All material presented herein is intended for information purposes only. While, this information is believed to be correct, it is represented subject to errors, omissions, changes or withdrawal without notice. All property information, including, but not limited to square footage and office count in property listings are deemed reliable, but should be verified by your own attorney, architect or zoning expert.