Five Reasons Why Florida is a Great Place for Business 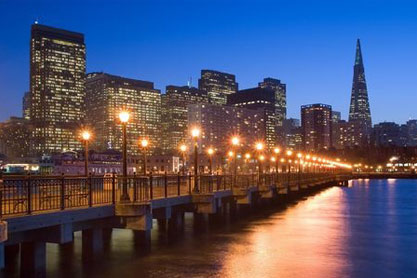 While Florida is well-known as a great vacation destination thanks to its theme parks, beaches and more, the state also can boast of sever accolades connected to the business environment.
Consider:

With all this in mind, read on to learn the five reasons why Florida is a great place for business.

Factoid: Florida has the No. 1 climate in the Southeast, according to the Tax Foundation.
On Taxes: Florida’s zero percent personal income tax ranks it among some of the best places in which to live, work and play.
On GDP: Florida’s GDP ranks 21st among the world’s largest economies, according to Moody’s Analytics.
On Quality of Life: Florida has earned top ranking in Harris Poll’s most desirable places to live since the survey’s inception.

Factoid: Florida is home to 19 commercial airports, 15 deepwater seaports and three spaceports, including two of only eight commercially licensed spaceports in the U.S., according to Enterprise Florida.
On Rail: Florida is building out its commuter rail system, with SunRail’s first phase opening on June 1, as well as the existing TriRail network in South Florida. Additional plans have been proposed for the All Aboard Florida rail system that will run from South Florida to Central Florida, as well as a potential magnetic levitation train system.
On Cargo Tonnage: Cargo handled by Florida’s ports in 2013 totaled 105.1 million tons, a 4.4 percent increase over 2012’s 100.6 million tons.
On Airport Passenger Traffic: International airports in Jacksonville, Orlando, South Florida and Tampa currently serve 294 domestic non-stop destinations and 188 international non-stop destinations.

Factoid: Florida is home to two major bioresearch centers – the Scripps Research Institute in Jupiter and the Sanford-Burnham Medical Research Institute in Lake Nona – and is the recipient of about $7 billion invested annually in R&D efforts, according to Enterprise Florida.
On Clusters: Florida has a significant and growing presence in industry clusters such as cleantech, life sciences, infotech, aviation/aerospace, logistics and distribution, defense/Homeland Security, financial/professional services and manufacturing.
On Venture Capital Awarded: Venture capitalists invested $421 million in 37 Florida companies in 2013 – double 2012’s amount, according to the MoneyTree Report by PricewaterhouseCoopers and the National Venture Capital Association.
On High-Tech Workforce: Florida is fifth in high-tech employment in the nation, according to TechAmerica Cyberstates.

Factoid: Florida exports about $65 billion in goods made int eh state annually, the seventh-highest among all states, according to the U.S. Census Bureau.
On Proximity: Florida is the economic center of the Americas thanks to its geographic location, and multi-cultural and multi-lingual workforce.
On Top Trading Partners: The state’s leading merchandise export destinations in 2013 included Brazil, Columbia, Venezuela, Chile and Argentina.
On Foreign Direct Investment: Total value of holdings by all majority foreign-owned companies in Florida was $35.1 billion in 2007, the last year in which data was available, ranking Florida first in the Southeast and eight in the nation.

All data is deemed reliable but is not guaranteed accurate by Sara Sibson. See Terms of Service for additional restrictions.

All information regarding a property for sale, rental, taxes or financing is from sources deemed reliable. No representation is made as to the accuracy thereof, and such information is subject to errors, omission, change of price, rental, commission, prior sale, lease or financing, or withdrawal without notice. All square footage and dimensions are approximate. Exact dimensions can be obtained by retaining the services of a professional architect or engineer.

All material presented herein is intended for information purposes only. While, this information is believed to be correct, it is represented subject to errors, omissions, changes or withdrawal without notice. All property information, including, but not limited to square footage and office count in property listings are deemed reliable, but should be verified by your own attorney, architect or zoning expert.